Best architectures in India
Indian architecture is rooted in its history. The most enduring achievements of the Indian civilization can undoubtedly be attributed to its architecture. The Indus Valley sites of Harappa and Mohenjo- daro are evidence to prove the extensive town planning. There are so many temples, stupas, monasteries and other monuments which have stood the test of time due to their architectural splendor and finesse in designing. Architects in India have been evolving since time immemorial.

The architectural methods practiced in India display established building traditions and expert craftsmanship. The most unique part in our architecture includes variations that it carries with it. The entire sub-continent has varied form of architectural splendors influenced by religion, traditions, customs and rulers. These beautiful works of art have always been an inspiration to all architects not only in India but across the world. Sovereign Architects Pune considers the following to be the best architectures in India.

They are the perfect and magnificent examples of rock cut architecture and cave painting. The Ellora caves are over 10 centuries old wherein elaborate sculptures of Hindu, Buddhist and Jain religions are depicted. The caves at Ajanta dates back to the 5th century and mainly contain intricate paintings and sculptures depicting the major events which happened during the life of Lord Buddha.

A monumental legacy of the powerful Krishnadeva Raya of Vijayanagar Empire and are noted for their florid ornamentation, bold and intricate carvings, stately and beautifully carved pillars (largest Pampapati), and large dimensions. It is popular for the traditional and iconographic depictions of the Ramayana and the Mahabharata. The Pattabhirama Temple, Hazara Ramachnadra, Chandrasekhara, Vitthala temple, Ganesha and Narsimha are some of the famous temples.

The zenith of India’s stone architecture can be witnessed in the graceful contours and the wonderful and exquisite carvings of the temples at Khajuraho, Madhya Pradesh. This great capital and temple town of the Chandela Kings is one of the most visited temple sites in India.

This tomb built in Nizamuddin Delhi by Humayun’s widowed Queen Haji Begum in the 16th century AD displays Mughal architecture at its best. Architecturally it is considered to be the forerunner of the Taj Mahal.

The marble splendor of Taj Mahal touches the depth of love, creativity and impressive designing. This exquisite memorial of love and faith is a sublime and beautiful experience of the greatest love story ever told in history. It is the finest example of art and architecture.

After the Ajanta and Ellora caves, the next most significant caves of India are the Khandhagir and Udaygiri Caves in Orissa. These caves are greatly revered by the Jains and consider them to be the one of their most sacred pilgrimage centers.

The Havelis of Rajasthan represent the history of the Maharajas who ruled this enchanting and vibrant land. These mansions built by the Marwari merchants of Rajasthan are an integral part of the rich and colorful heritage of Rajasthan which has been attracting tourists all over the world.

The Arc-de-Triomphe designed by Edward Lutyens is a war memorial in Delhi built by the British to commemorate the glorious sacrifice made by the officers and soldiers of the Indian Army in the First World War.

It symbolizes India as a secular, sovereign and social republic. This center point of Indian Democracy which is the house of the President of India consists of European and Mughal colonial architectural elements, Indo-Saracenic motifs, Rajasthani and other Indian designs.

Architects in India, feel that the marvels of Indian style of temple architecture, early Muslim architecture, palaces all over the world, fort and other monuments are very distinct that have withstood time displaying the unique architecture styles specific to India. 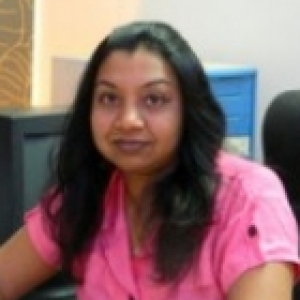